The Future of Paradox

[read_meter]
You can keep using your existing Paradox system but you should start planning for the future. Better tools exist. You should convert to a modern development tool ASAP.

The following are my opinions, post your comments and questions BLOG style at the bottom of this page.

Corel is still actively selling Paradox as part of the WordPerfect Office Suite Pro Edition. In fact, they have recently, February 2009, have released a patch for Vista. However, Paradox is currently in maintenance mode and the current version of Paradox is version 11 even though the WordPerfect Office Suite is up to version 14 (A.K.A X4). Paradox 10 and 11 have problems with Vista but run fine on XP and on Wincows 7, (one of the Windows 7 goals was to fix compatibility issues).

That‘s it, the bottom line. The above are my current recommendations based on the current situation. If and when the situation changes, I will update this article.

The long answer is primarily for ObjectPAL developers and those curious about the details behind my conclusions above. If you‘re a business owner or manager, you probably don‘t need to read the rest.

First a statement about Paradox. Here at Prestwood Software we love Paradox. It is a great desktop database. The fact that Paradox runs well in Windows 7 has given it a new life. For many computer users, it‘s a great way to get control of your data beyond using a spreadsheet. We understand that large companies spend millions each year on software development and it‘s difficult for Paradox (or any desktop database) to compete in that market. We still believe there is a market for Paradox with small businesses/entrepreneurs, power-users within large corporations, power-user hobbyists, researchers working with data, etc. Prestwood Software, and the Paradox developer community, can aid those businesses and users and help them get control over their data, and add needed features such as new tables, fields, forms, and reports.

State of the Union

Now back to Paradox…

Starting with version 8, Corel took over development. Corel is a big company but starting with Paradox 10 they devoted very few resources. Paradox 9 was Corel‘s last substantial development effort. With Paradox 9 and above you can develop good Win32 business database applications (that is applications that target Win ME, NT, 2000, XP, and 7 — skip Vista). Paradox is a very viable solution through the next several years especially for existing applications.

Paradox 11 with service pack 2 applied is the latest version. In other words, if you apply Paradox SP2 to Paradox 11 which is version 11.0.0.302, it upgrades it to 11.0.0.411 which is the EXACT same version that ships with WPO X2 Pro, WPO X3 Pro, and and now WPO X4 Pro. If and when Corel adds new features is when the version number for Paradox will change. If they simply kept changing the version number with no new features, then you would have to re-save and/or re-deliver your Paradox app with each new version. This, of course, doesn‘t make sense if there are no new features.

Update: According to JT, one of our members, the new Vista patch updates Paradox to build 11.0.0.663. JT posted to the following thread…

There are several problems running Paradox on Vista but you can overcome these issues if you need to use Paradox on Vista. The most serious is with Paradox 10 and 11 and occurs upon exiting but there are work-arounds for that too. However, we currently recommend staying with Paradox 9 which runs pretty well on Vista. Better yet, skip Vista and deploy on Windows XP and Windows 7 with either Paradox 9, 10, or 11.

Now that the Paradox on Windows 7 appears to fix all the Paradox issues, I plan to update Workbench for Paradox (add features and release versions for the latest versions of Paradox) and I‘m even considering writing another book on using Paradox 9, 10 and 11 (current working title is Manage Your Data with Paradox for Windows). This book is currently a vapor-book (only exists on my hard drive) and will be a follow up to my Paradox 9 Power Programming book but will be data-centric (instead of ObjectPAL-centric). Although this book will be a good source for power-users that wish to become a software developer, the intended audience includes anyone that has outgrown using spreadsheets, small business owners/entrepreneurs, researchers working with data, etc.

Now for the future of Paradox: The future of Paradox currently isn‘t bright because of the lack of interest shown by Corel to date and the state of the database desktop market. If you like the current feature set (I do), then the need for new features is minimized but the fact that Corel doesn‘t market Paradox more actively is frustrating.

As for adding features, sure, Corel could have an influx of money and decide to devote some of that money to a new version with lots of great features. Perhaps as the economy of the world continues to improve over the next year we‘ll see some movement. Perhaps they will sell Paradox to a company that can and will develop it further. Either of those scenarios are possible but, based on Corel‘s performance, it‘s very difficult to say how long you should stick with Paradox. My best guess is that your applications will continue to be a viable I.T. solution for a long time, perhaps through 2015 or longer.

By the way, there is a good thought to if it works, don‘t break it! My dad always said, “a toaster is a toaster”. What he meant by that is that if you own a 40 year old toaster that toasts, don‘t buy a new one just because it‘s available. There are plenty of large corporations running Cobol based applications that were created in the 1970s. Heck, on occasion, I still run DOS based applications on Vista!

If you choose to extend usage of your existing Paradox application, then you have the challenge of finding developers to perform changes and additions. Unlike a toaster, you are likely to want to add features to your business database applications and evolve it along with the evolution of your business. The reality is that it is getting harder and harder to find Paradox developers. My company has many developers but we maintain only a few Paradox for Windows developers at any given time. We do plan on supporting and developing in Paradox for Windows for the foreseeable future so you can rely on us for that.

I can‘t help but wonder what happened to the desktop database market!! There was a time when every power user purchased a word processor, spreadsheet, graphics program, AND A DESKTOP DATABASE!  I know for a fact that although that market has shrunk, there is still a substantial desktop database market out there. Many computer users need more than a spreadsheet but are not programmers! There is still a market for Paradox with small businesses/entrepreneurs, power-users within large corporations, power-user hobbyists, researchers working with data, etc. My opinion is that if Corel markets to those users, they can turn Paradox into a profitable product for them.

Paradox is NOT a General Development Tool

I think Paradox suffered from development tool envy. There was a short period of time in the mid-90‘s when Paradox was THE tool to build Windows-based business database applications. It was better than general development tools. That time has long since passed but Paradox is still one of the best desktop databases available today.

Paradox is Win32 and Win32 is still king! The bottom line is Paradox is a Win32 application and most commercial Windows applications are still Win32 applications and run fine even on a 64-bit computer. The following is a good discussion thread  in our message boards as this subject relates to the future of Delphi for Win32 which is in a similar predicament:

CodeGear has a new home! – /ASPSuite/eBoard/Thread.asp?MBID=12733

Pay particular attention to the discussion of the future of the Win32 API. That‘s the biggest influence on the technical future of Paradox. Well…that and the problem with when and how to switch from the BDE to another database engine.

We all have our favorite items we‘d like added to the software products we use. The following is my realistic wish list based on the fact that Paradox is a mature desktop database and resources at Corel are not endless. If and when Corel brings Paradox out of maintenance mode and puts a significant development team together, the next version is likely to have a minimum amount of features added.

My “Never-mind” Wish List
The following are some interesting features I‘ve wanted in the past but now believe they are out of scope for a desktop database or not required for Paradox‘s future:

That‘s it! Add your comments, suggestions, and questions Blog-style below. 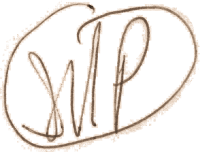 Facebook member? to let me know you read this article!

You may also enjoy the following: 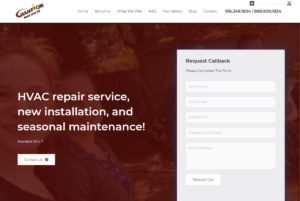 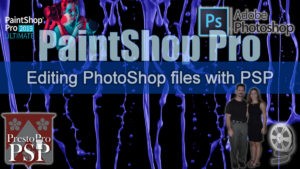 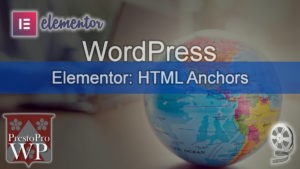 WordPress, Using Anchors and the Menu Anchor Widget in Elementor 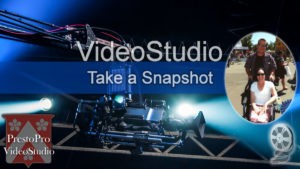 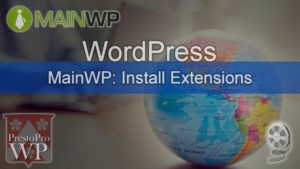 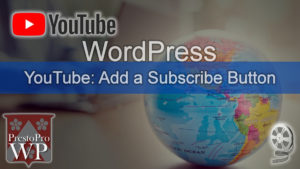 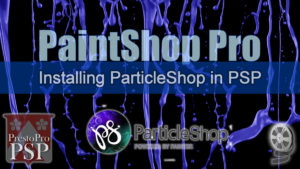 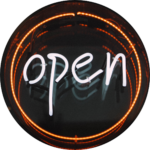 “We do three things: tech, including computer network support, Wordpress websites & marketing, and coding. We work with you either on a project basis (call us when you need us), or an ongoing basis with our proactive discounted monthly plans.”

–Mike Prestwood
President & CEO
Although I get into the office a few days a week, these days I mostly work from home taking care of my wife Lisa who has HDLS. From home, I oversee all aspects of the company and you can contact me anytime on my cell phone at 916-595-5675. 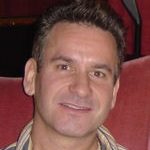 Mike PrestwoodPresident & CEO
As Office Manager, I oversee all aspects of the office. Everything from client satisfaction to HR. For the past few months, I've been working 8AM to 2PM Monday - Thursday. 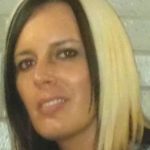 Christi LedinOffice Manager
I answer the phone and schedule work for you. I also follow up to make sure the work was completed to your satisfaction. I'm your first contact for work. I work Mon-Fri 8AM to 5PM. 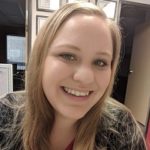 Alison NairScheduler
As your Tech Director, I oversee the Tech Division and the work of our systems engineers. I'm always available to jump in and help out when needed. 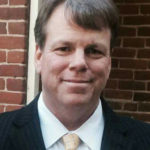 James DunnTech Director
Jake has lived in the Sacramento area for over 20 years and enjoys designing, building, and programming robotics and computer systems. He enjoys movies, music, and helping others. He is a proud father of 3 and loves spending time with his children. Jake believes in honesty, integrity, and values being a part of the community. 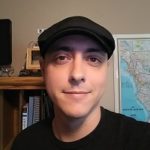 Jake MendozaSenior Systems Engineer
I code using the Microsoft stack (C#/MVC/MS-SQL). Although I mostly work remotely, I am only about 4 miles from the office and can be at the office anytime. I'm available Mon-Fri, 8AM to 5PM. 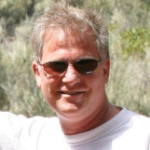 Brian PrestwoodSenior Software Engineer
I code using the Microsoft stack (C#/MVC/MS-SQL). I also support our Corel Paradox clients. Although I work about 2 hours away from the Citrus Heights office in my home office in Modesto, I'm available to meet at the office in Citrus Heights when needed. 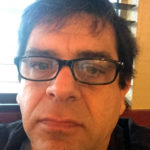 Bryan ValenciaSenior Software Engineer
I too code using the Microsoft stack (C#/MVC/MS-SQL). Although I mostly work out of my home office about 4 miles from the office, I can be at the office anytime.

Jim LucanSenior Software Engineer
I build Windows database applications using Corel Paradox. I work out of my home office in South Carolina. Right now, I'm dedicated to a large project for one of our clients. To schedule some of my time, call the office. 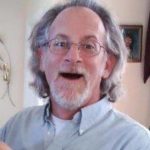 © All rights reserved. Prestwood IT Solutions.